The DC Project is a nonpartisan initiative bringing 50 women, at least one from each state, to Washington, DC, to meet legislators, and reveal the faces and stories of 2A supporters.

.. to influence Representatives and Senators not by demanding compliance, but rather through developing a relationship. Simply meeting them, getting to know them. Letting them see an actual gun-owning constituent. Possibly, changing the image some might have of such a person. 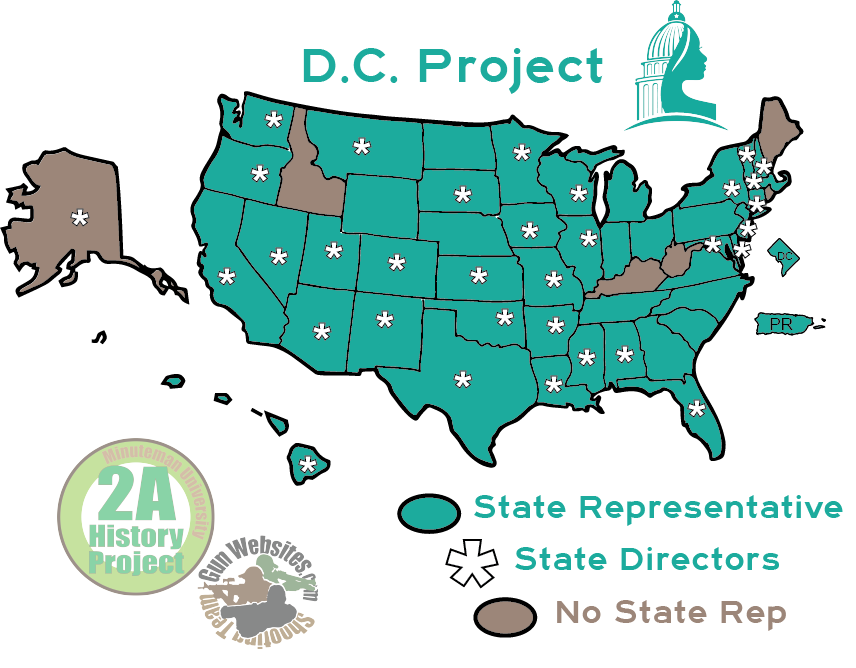 Amanda Suffecool and Cheryl Todd of the DC Project
Nov 5, 2020

a nonprofit organization dedicated to protecting students’ rights to defend themselves from bodily harm, advocating for common-sense safety policies at America’s colleges and universities, and connecting students with resources that will help them stay safer on campus.

– took his 2A-based legal case all the way to the Supreme Court of the United States
– His case impacted the legal interpretation of the Second Amendment of the Bill of Rights of the US Constitution, the Second Amendment protects an individual’s right to possess a firearm, unconnected with service in a militia

A licensed special police officer for the District of Columbia.
– Heller carried a gun in federal office buildings, but was not allowed to have one in his home
– Robert A. Levy and Alan Gura were counsel for Heller
– 1984 founded the “Children’s Birthright Trust Fund” – a charity that supports and raises funds for youth projects, such as computer access
– 2004 until 2011 served as the Treasurer of the D.C. Libertarian Party