Shall Issue = most states 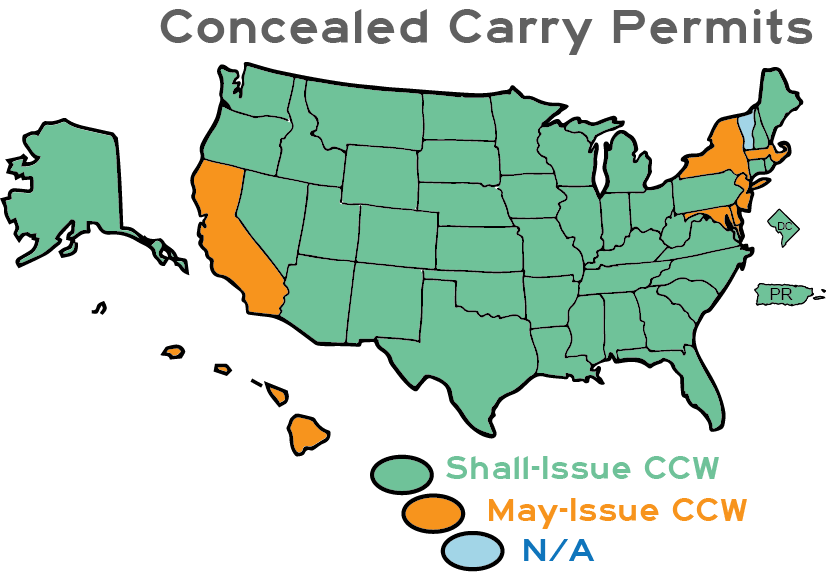 hailed in the press because it would ‘keep guns out of the hands of low-brow foreigners,’

May 22, 2009, which included an amendment to allow the carrying of firearms in national parks

2A Laws in the USA